Mumbai, still commonly referred to as Bombay, is India’s jewel of the West and the financial and entertainment capital of the country. The city has come to be known by many names such as the city of seven islands, the Gateway to India and the Hollywood of India.
The city lies on the west coast of India and is the wealthiest city in the country with a GDP surpassing those of any other city in Asia. Owing to its deep natural harbour which has facilitated trade and growth on an unprecedented scale, Mumbai has grown to become the most prosperous city in the country and Asia. 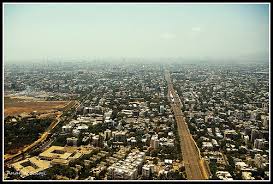 Mumbai is also the most populous metropolitan area in India and the 8th most populous city in the world with an estimated population of over 21 million as of 2011. This kind of pattern gives the city the undisputable title of being the city of dreams as hundreds of thousands of immigrants flock to the city every year in pursuit of their dreams. All these factors have turned the city is a melting pot of diversity and caters to the needs and wants of the largest metropolitan population in the country.
The best of Mumbai – for unforgettable travel memories
Now, one might be wondering how to see all the sights that Mumbai has to offer without having to spend an eternity going around in circles.

The answer is simple – go for the legendary, time tested and recommended list of the best sightseeing and travel getaways in Mumbai.

Check the pricing here – https://www.carjee.com/rates for the price with driver.

Siddhivinayak:
A prominent Hindu temple dedicated to Lord Shri Ganesh, the Shree Siddhivinayak Ganapati Mandir is located at Prabhadevi, Mumbai. The temple is a popular destination attracting both devout Hindus and tourists alike.
The wooden doors inside the temple which lead to the sanctum are carved with images of the Ashtavinayak, the eight manifestations of Ganesha in Maharashtra. The inner portion of the roof of the sanctum is gold-plated and at the centre, stands a statue of Lord Ganesha. It was originally built by Laxman Vithu and Deubai Patil and is titled with being the richest temple trust in the city.
Mahalaxmi:

The Mahalaxmi Temple, located at Bhulabhai Desai Road in Mahalaxmi area, is one of the most famous temples in Maharashtra. Built in 1831 by a wealthy Hindu merchant, Dhakji Dadaji, the temple is dedicated to the main deity of Devi Mahatmyam, Mahalakshmi.
Within the compound of the temple, one can find images of the goddesses Mahalakshmi, Mahakali and Mahasaraswati. These images are adorned with gold nose rings and bangles and pearl necklaces. The temple also houses various stalls that sell flowers and other memorabilia.
Dhobi Ghat:
Another one of Mumbai’s very intriguing attraction is the Dhobi Ghat, a well-known open air laundromat in the Mahalaxmi area of Mumbai. Washers, locally known as Dhobis, work in the open to wash clothes, mostly from Mumbai’s numerous hotels and hospitals.
The rows of open-air wash pens each fitted with its own flogging stone and despite its name and the nature of work carried out there, is a very popular tourist destination and sees more foreign tourists than local! The area is in fact so famous that it inspired a 2011 independent film with the same name.
Marine drive:
Mumbai’s Marine Drive can be heralded as being Mumbai’s single most famous attraction. Being the setting for countless movies, both local and foreign, Marine Drive is a picturesque 4 kilometre boulevard in South Mumbai which houses a 6 lane concrete road and runs along the coastline.
Marine Drive is the preferred driving route for those traveling from the rest of the city towards the city’s central business district at Nariman Point. A must visit for anybody visiting the city.
Gateway of India:
Built during the British Raj in Mumbai, The Gateway of India is a monument of historical importance in India. Located on the waterfront in the Apollo Bunder area in South Mumbai, the Gateway of India overlooks the Arabian Sea. It is a basalt arch structure about 26 metres in height. It lies at the end of Chhatrapati Shivaji Marg at the water’s edge in Mumbai Harbour.
The arch was originally used as a jetty by the local fishermen and later converted into a landing area for British royalty and other prominent members. This made the gateway in to one of the first buildings that anyone would see as they first entered the city.
Elephanta Caves:
The Elephanta Caves are a network of sculpted caves located on the Elephanta Island or Gharapuri which literally means “the city of caves” in Mumbai Harbour. Situated about 10 kilometres to the east of the city, the island is located on an arm of the Arabian Sea and consists of two groups of caves which consist of a large group of Hindu caves and a smaller group of caves containing Buddhist idols and relics. The Hindu caves contain rock cut stone sculptures that are dedicated to the god Shiva.
Sanjay Gandhi national park:
Sanjay Gandhi National Park, formerly Borivali National Park, is a large protected area in the northern part of suburban Mumbai. Encompassing an area of 104 square kilometres, the National Park is the single largest protected area in the vicinity and is surrounded on three sides by the country’s most populous city. It is world renowned as being one of few major national parks existing within the municipal limits of a bustling metropolis and is one of the most visited parks in the world.

The diverse flora and fauna found at Sanjay Gandhi National Park attracts over 2 million visitors every year, both local and foreign. Tourists also get the opportunity to enjoy a visit to the 2400 years old Kanheri caves. Theses caves have been sculpted out of the rocky cliffs which lie within the park itself.

So, with so many varied flavours of travel, sightseeing, history, art and culture awaiting to fill you with glee, why not hire a comfortable car for a day or two of unadulterated Mumbai Darshan action!

Call us today or email us :

All services comes with driver, Updated on 13th June 2021.