Life in Mumbai is extremely fast-paced, with most people busy in the hustle and bustle of daily city life. In fact, this is one reason why Mumbaikars work so hard and party even harder, as they take holidaying very seriously. The problem is that they just don’t have the time for lavish week-long vacation, which makes short weekend getaways the next best option! So, just pack a set of clothes, and your swimming gear, and head on down to any of one of gorgeous weekend getaways around Mumbai: 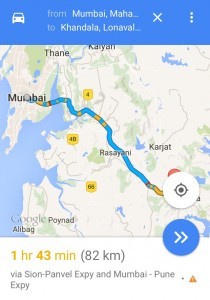 The twin hill resorts of Khandala and Lonavala along the Mumbai-Pune Expressway are by far the city’s most popular weekend getaways. Reachable within a short 3-hour drive, the hill-resort towns are just 5kms apart from each other and are a great change in atmosphere from the humid and crowded environs in the city. Besides serene natural beauty, the towns of Khandala and Lonavala are also famous for their unique kinds of jaggery-based sweets called chikki. At an altitude of 625 metres above sea-level, the resort towns are a godsend for Mumbaikars who are exposed to the city’s unforgiving humidity and hot weather conditions. The towns are surrounded by camping spots and waterfalls, with a number of tour operators providing guided tours. Some of the major attractions in and around Khandala & Lonavala include the Tiger’s Leap, Lohgad, Karla and Bhaja caves, and the famous Korigad Fort. 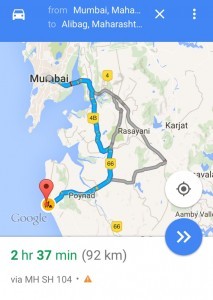 Another popular weekend destination close to Mumbai is Alibaug. The coastal town is accessible by road, as well as a ferry via the Gateway of India. The town is popular for its beaches, but is a better destination for the historically inclined because of the old fort that exists in the region. Built during warrior-king Shivaji’s rule, the fort at Alibaug is synonymous with the town. About 30 kilometres away from the town centre, tourists can find the Phansad Wildlife Sanctuary. The town boasts of a number of trendy beaches including those of Versoli, Nagaon, Kashid, and Akshi. Another hill fort within the region is the Sagargad fort, which is mostly in ruins but definitely worth a visit. The town is popular for its sea food and bird watching. 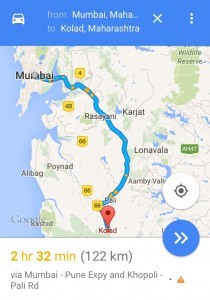 Situated at the eastern tip of the Kundalike River, Kolad is quiet village in the Raigad district of Maharashtra. But that is where the calm ends as the village is an international white river rafting venue and hosts a number of water based activities. Kolad is highlighted by picturesque landscape and pristine waterfalls, several of which flow from the surrounding mountains. The Kuda Caves, a range of 13 Buddhist rock-caves, are a sight to behold and should not be missed. The small village also hosts the Tala fort, a 4th century fort that stands solitarily in the middle of a forest, overlooking the main village mellow. For engineering enthusiasts, Kolad is home to the Bhira Dam, part of the Bhira Hydroelectric Project. 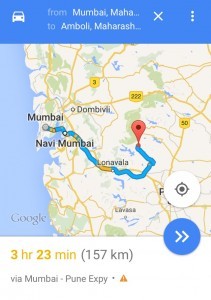 Amboli is a peaceful hill station located on the Western Ghats of Maharashtra and is encapsulated by thick forests that are under the protection of the Ministry of Environment and Forests (MoEF). The hill station is best known for being Mumbai’s most romantic out-station getaway, and is one of the most popular honeymoon destinations in the country. This unique coastal hill station is located at 690 m above sea-level, affording tourists some of the coolest weather in the region. This beautiful hill station offers breathtaking views of the various valleys that surround it. About a 500 kilometer drive from Mumbai, Amboli is best visited during the months between October and March. 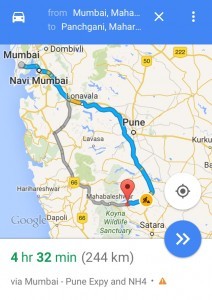 Panchgani is a beautiful weekend getaway located just 240 kilometers from Mumbai City. It is surrounded by on all sides by seamless hillsides and pristine lakes, and makes for a great family vacation spot. Tourists can visit the numerous ex-British and Parsi homes and give them a glimpse into the past as most of the architecture in the region reeks rustic old-world charm. The hill station boasts of some beautiful walkways that are covered by lush trees and other flora.

If there was ever a weekend getaway to go to during the monsoons, Mahabaleshwar is that location. With gushing waterfalls that open up only during monsoon, the hill station is complimented by lush greenery at Venna Lake, below. The area’s most prolific waterfall is Lingamala, which disappears and reappears because of the mist at that height. Be warned however, that although the monsoons bring great beauty, but can also hamper any trekking or outdoor camping plans you might have. And if you are going trekking, Wilson Point is one trek worth taking, just for the spectacular view. 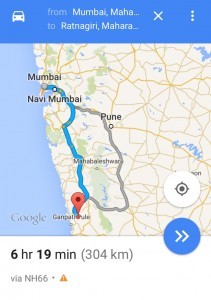 The originating port of the world-famous Alphonso mangoes, Ratnagiri is a port city located not too far from Mahabaleshwar. The region is lined by the Sahyadris Mountain ranges on the East and is home to a number of historical monuments, including Thiba Palacem where the King of Burma was sent to exile. Ratnagiri also features a number of historic temples and mausoleums. The port city lies in close proximity to a number of beautiful beaches, including Anjarle beach, Ganapatipule Beach, and Guhagar Beach. Another unique attraction is the Bhagwati Fort, also known as Ratnadurga, which is located in the top of a hill and surrounded by the sea on three sides.

There you have it, a quick guide on the most inviting weekend getaways around Mumbai. 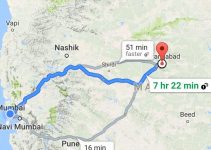